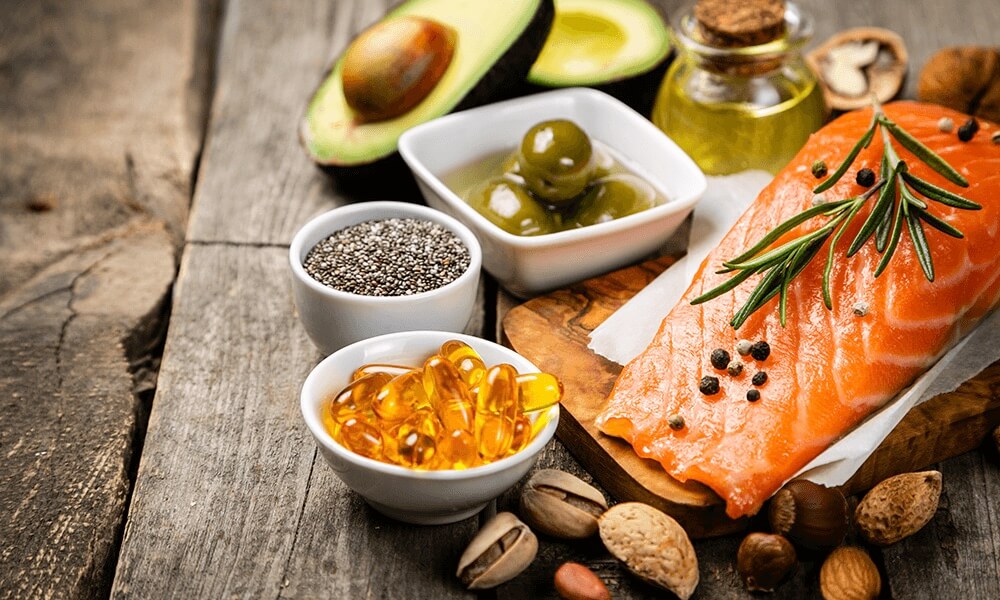 In many CBD products, CBD is mixed with a carrier oil that’s rich in omega-3, like hemp oil or olive oil. These oils carry CBD very well, but the omega-3 fatty acids in them may actually do much more than that. It’s thought that omega-3 can provide powerful support for CBD, essentially maximizing its effects. Curious about how this powerful combination works and what benefits it may provide? Read on as we go over everything you need to know about how CBD and omega-3 work together.

How CBD and Omega-3 Work Together 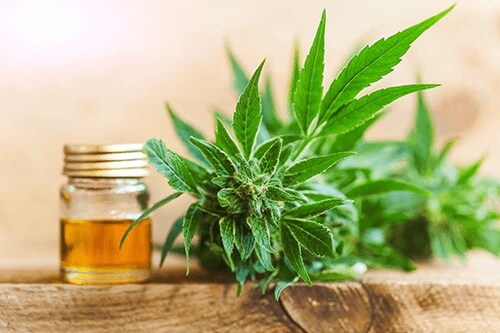 A Primer on the Endocannabinoid System

The endocannabinoid system (ECS) is a system in the body that plays a role in regulating many bodily functions. The ECS is thought to help regulate pain, inflammatory response, mood, metabolism, cell communication, memory, appetite, and more.

Generally speaking, there are three elements that make up the ECS: enzymes, endocannabinoids, and receptors. ECS enzymes synthesize and degrade endocannabinoids, which are neurotransmitters that communicate with the body’s cannabinoid receptors (CB1 and CB2) in order to prompt cells to perform certain tasks.

Different endocannabinoids work differently within the ECS, so how much of each endocannabinoid you have in your ECS may make a huge difference in how you feel. That’s where both CBD and omega-3 come in.

How CBD Works in the Endocannabinoid System 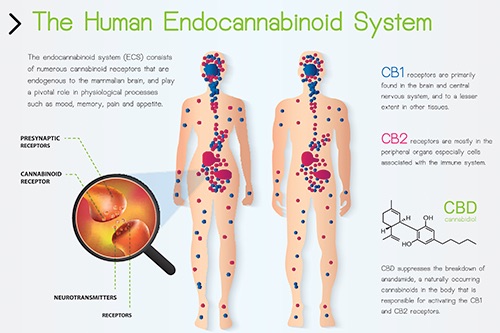 How Omega-3 Affects the Endocannabinoid System

Both omega-3 and omega-6 fatty acids are used to create endocannabinoids, but researchers are especially interested in omega-3 because it appears to play certain important roles in the endocannabinoid system. Some research suggests that omega-3 is needed to anchor endocannabinoid cell membrane receptors, making omega-3 essential for ECS health. Another powerful way in which omega-3 may impact the ECS is by creating a certain type of endocannabinoid epoxide that studies suggest has impressive anti-inflammatory properties.

CBD and Omega-3: Working in Harmony

CBD works by interacting with and potentially amplifying the endocannabinoid system, while omega-3 is vital for endocannabinoid creation and overall ECS health. This means that omega-3 is simply the perfect complement to CBD, since it may essentially increase its effectiveness. When omega-3 creates a healthy ECS that’s populated with plenty of endocannabinoids, CBD has more healthy cannabinoid receptors and endocannabinoids to interact with, making it all the more beneficial.

The Health Benefits of CBD and Omega-3 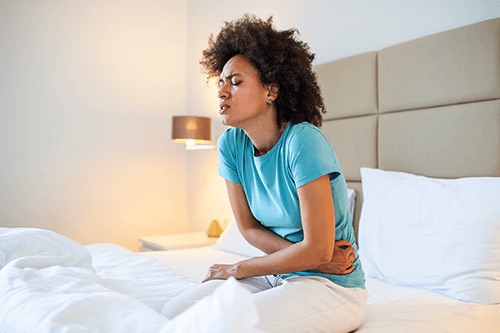 Omega-3 is an incredibly healthy fatty acid on its own, then is also thought to increase the benefits of CBD. So, what kind of benefits can you get from omega-3 and CBD? Below, we’re sharing the benefits of these two wellness boosters.

The Benefits of CBD

It’s thought that omega-3 may maximize the many potential benefits of CBD. While the research on CBD is still in its early stages, some studies have shown that CBD may have a variety of benefits, including:

The Benefits of Omega-3

We’ve already looked at one of omega-3’s benefits (its potential ability to maximize the effectiveness of CBD) in depth. However, omega-3 also has many other benefits for the body and the brain.

It’s thought that omega-3 fatty acids may be especially helpful for heart health, as omega-3 can:

Studies have shown that omega-3 may be beneficial for more than heart health alone. Scientific studies have linked omega-3 to:

CBD and omega-3 work wonderfully together. So, is CBD oil always high in omega-3? Not necessarily. CBD oil is thought to provide many of the same benefits as omega-3 (and then some), but it may or may not feature an omega-3 rich carrier oil. For example, some CBD oils are made with coconut oil, which contains plenty of omega-6, but no omega-3.

If you want your CBD oil to be high in omega-3, look for a blend that is made with an omega-3 rich carrier oil. Hemp seed oil is a potent source of essential fatty acids, including omega-3, so it’s a good choice. Some other common carrier oils for CBD that have a good amount of omega-3 include avocado oil and olive oil.

Of course, if you want to take both CBD oil and a high dose of omega-3, remember that you don’t necessarily have to consume them in the same product. You could also simply take another omega-3 supplement. Which oil is the best for omega-3 is debated (often, it comes down to hemp oil vs. fish oil), but you can simply choose the option that’s right for you. And then, generally, it’s perfectly fine to take a dose of CBD oil and your favorite omega-3 supplement at the same time. As always, however, know that it’s best to consult with your doctor before starting any new supplementation regimen.

Final Thoughts on CBD and Omega-3

This wraps up our guide to the wonderful, synergistic pairing of CBD and omega-3. If you have any questions for us at Essence (or if you want a specific CBD oil recommendation), please don’t hesitate to reach out– we love hearing from our customers. You can get in touch with us through our website or you can give your closest Essence Dispensary location and speak with one of our knowledgeable team members over the phone.

What is a Weed Hangover?
Scroll to top