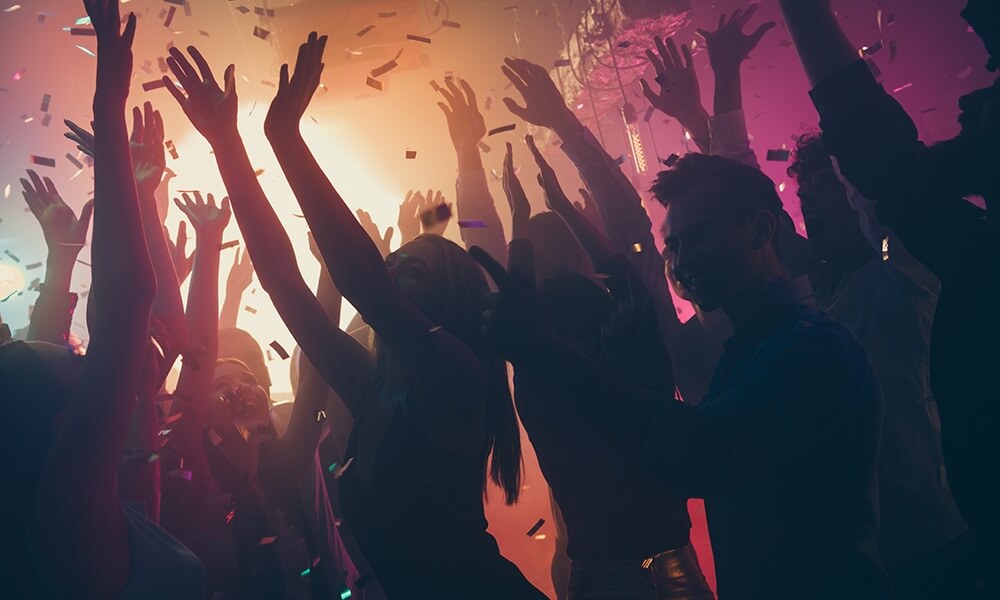 When you hear the word “hangover,” you probably think of the horrible headache you get after drinking too much alcohol. However, liquor isn’t the only thing that can cause a hangover. Lots of things can leave you feeling not-so-great after you over-consume – including cannabis.

Unfortunately, weed hangovers can happen, but they’re also something you can learn how to avoid. To help you do just that, below, we’re going over everything you need to know about marijuana hangovers. We’ll cover the causes and symptoms of a weed hangover, what you should do now if you’re currently recovering from a weed hangover, and how you can avoid getting weed hangovers in the future.

What is a Weed Hangover?

A weed hangover is when you experience lingering effects, like brain fog or a headache, after the psychoactive effects of marijuana have worn off.

Whether or not weed hangovers exist is actually something that’s debated in the scientific community. That’s because the few small studies that have been done on the after-effects of cannabis have had conflicting results. For example, one frequently cited study from 1985 found that smoking marijuana can produce residual effects the day after smoking, while another study from 1998 found that the residual effects of smoking marijuana were minimal at most.

The existence of weed hangovers may be scientifically debated, but there are plenty of anecdotal reports that suggest they do exist (just not for everyone or all the time). Cannabis users who have had weed hangovers usually say that they consumed very high amounts of marijuana prior to experiencing their hangovers, often via an edible or a strong form of medical marijuana like RSO.

Symptoms of a Weed Hangover 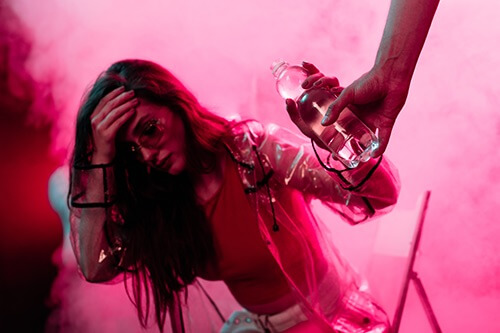 The most commonly reported symptoms of a weed hangover are:

Because there hasn’t been enough research done on marijuana-related hangovers, we can’t say for sure what causes them. We can, however, go over what cannabis users usually say caused their weed hangovers.

By far the most commonly reported reason for a weed hangover is overconsumption. Cannabis consumers will often report feeling hungover after taking in very high doses of THC. There’s more than one way to accidentally take in too much THC, but eating too much of a cannabis edible is probably the one you hear about most. Understanding how to dose edibles can be challenging at first, so it’s very common to overdo it if you’re new to edibles. Really, though, it’s easy to over consume when you try any new consumption method for the first time. You may vape a bit too much, smoke a bit too much, take in too much of an extract, and so on. That’s why it’s always important to go low and slow when trying a new cannabis product.

How to Recover From a Cannabis Hangover 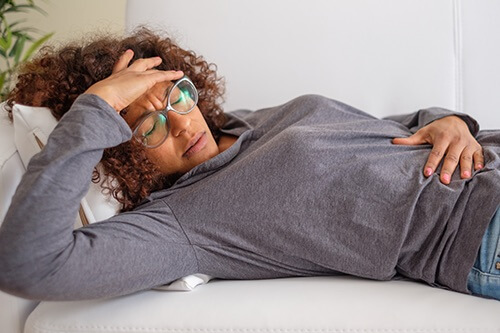 What you need to do to recover from a cannabis hangover can vary based on your unique symptoms. But there is one thing that many people say helps them feel better in general when they have a weed hangover: cannabidiol (CBD).

The current research on CBD suggests that it can counteract some of the negative side effects of THC. Since consuming high doses of THC is usually what people say caused their cannabis hangover, it makes sense that many people also say that CBD calms down their hangover symptoms. With that said, if you want to try taking CBD when you have a weed hangover, make sure you use a CBD-only product. If you consume a lot of THC and feel hangover effects the next morning, it’s not a good idea to take in even more THC.

Alongside taking CBD for some general relief, there are specific things you can try to ease the various symptoms of a marijuana hangover. Let’s take a look at what you can do to address these common weed hangover symptoms: brain fog, fatigue, headache, nausea, and dry eyes.

Easing Brain Fog and Fatigue Caused by Too Much Cannabis

Brain fog is a term that describes the feeling of being unable to think as clearly as you usually can. When you have brain fog, you may feel groggy, unfocused, or like it’s hard to put your thoughts or feelings into words. Needless to say, this is a pretty unpleasant weed hangover symptom, especially because it usually comes coupled with fatigue.

If you have brain fog and/or fatigue during a weed hangover, you’ll probably feel like resting. But you may want to get up and get moving instead. Everyone’s body is different, of course, but getting active often helps fogginess and grogginess clear up. Try going for a brisk walk and see if that will clear your head. You can also try taking a cool shower, which can spark your senses, or taking in some caffeine, which may give your mind and body a much-needed jumpstart.

Easing a Headache Caused by Too Much Cannabis

If you have a headache after using cannabis, people will often tell you to drink water. This is good advice because being dehydrated can cause a headache. So, it’s smart to make sure you’re well-hydrated if you have one. However, it is important to point out that some people give this advice because they think marijuana itself is dehydrating, even though there’s actually no evidence that using marijuana affects hydration. Cannabis use can cause dry mouth (also called cottonmouth), but that’s a result of a temporary lack of saliva due to THC binding with glands in the mouth, not dehydration. Still, getting hydrated when you have a headache is always a good idea. Marijuana smoking alone may not cause dehydration, but you can still get dehydrated when you’re using cannabis.

In addition to making sure you’re hydrated, you can also try other standard headache treatments for a weed hangover headache. Some time-tested headache remedies include cold compresses, temple massages, and over-the-counter pain reliever medications (such as acetaminophen or ibuprofen).

Easing Nausea Caused by Too Much Cannabis

Nausea is a more rarely reported weed hangover symptom, but it can still pop up. If you’re feeling mildly nauseous during a weed hangover, try to rest and take it easy until your nausea passes. Make sure you stay hydrated and that you only eat foods that are gentle on your stomach.

Relieving Dry Eyes Caused by Too Much Cannabis

Dry eyes can occur when you consume marijuana because THC causes dilation in your ocular capillaries. This increases blood flow to the eyes, which may cause dryness and/or redness.

While dry eyes are a fairly common side effect of using cannabis, the eyes will usually go back to normal once the effects of cannabis wear off. But if your eyes are still dry and uncomfortable the day after using cannabis, consider using eyedrops to restore moisture and soothe redness.

How to Prevent Weed Hangovers 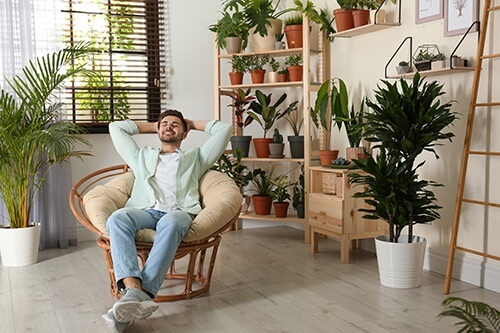 Lastly, let’s talk about preventing weed hangovers. Anecdotal evidence suggests that overconsumption is the cause of most weed hangovers. So, if you want to avoid getting a weed hangover, you may want to start watching your dosage more closely. Many cannabis users will tell you that finding the right dosage for them has helped them avoid weed hangovers, so finding your ideal dosage may help you do the same.

It’s important to point out that the right dosage for you is extremely personal. Everyone’s body and experience level are unique, and your ideal dosage could be very different from someone else’s. There are so many factors that can affect how cannabis makes you feel, like your tolerance, a product’s cannabinoid profile and terpene content, and your own unique body chemistry. Because of this, we again would point out the importance of going low and slow when using cannabis, especially if you’re trying something new. Finding the right dosage of the right product may just improve not only your initial cannabis experience but also your experience the next day.

Is Cannabis Addictive?
Scroll to top