The Entourage Effect: How CBD and THC Work Together 24 Nov, 2021 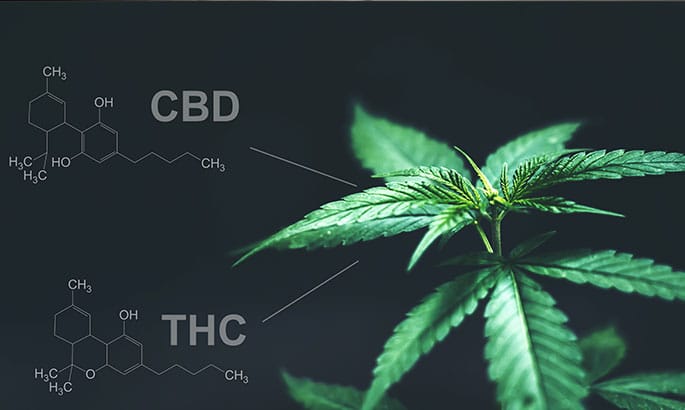 There’s more to exceptional marijuana than THC alone. The cannabis plant contains hundreds of compounds that add to its character and effects. Every marijuana strain contains different levels and ratios of these compounds, hence why strains can smell, taste, and feel so different.

The Origins of the Entourage Effect

The term “entourage effect” dates back to a 1999 paper written by chemists Raphael Mechoulam and Shimon Ben-Shabat. In their paper, the two scientists theorized that the compounds in cannabis all work together to create a therapeutic effect. They called this proposed mechanism “an entourage effect.” The entourage effect theory was contrary to the more popular theory of the time, which was that THC alone was primarily responsible for the effects of marijuana.

There are hundreds of compounds in the cannabis plant, including:

The two most notable updates to the entourage effect theory come from the following research papers:

How the Entourage Effect Works

In their 2009 paper, Wagner and Ulrich-Merzenich expanded on the idea of the entourage effect by looking for ways in which cannabis compounds could interact. Their paper focuses on whole plant synergy possibilities, so they take all of the chemical compounds in cannabis into consideration.

Their paper outlines four abilities that could be made possible by an entourage effect:

Cannabinoids, Terpenes, and the Entourage Effect

In his 2011 paper Taming THC, neurologist and pharmacologist Ethan Russo examines how two types of cannabis compounds, cannabinoids and terpenes, may have a synergistic effect. Both cannabinoids and terpenes, the aromatic compounds found in cannabis and the essential oils of many other plants, have a variety of studied benefits. In his paper, Russo details how these benefits could potentially be synergistic. For example, Russo notes that CBD and limonene have both shown promise in alleviating anxiety, so they may work well together to achieve that effect.

Russo’s paper didn’t prove the entourage effect theory, but it is notable for its pioneering ideas and its significant impact on future entourage effect research. In Taming THC, Russo gives ideas on potential synergistic interactions and proposes methods on how people can investigate entourage effects in future cannabis research experiments. Today, we’re finally starting to see the results of these types of experiments.

How CBD and THC Work Together 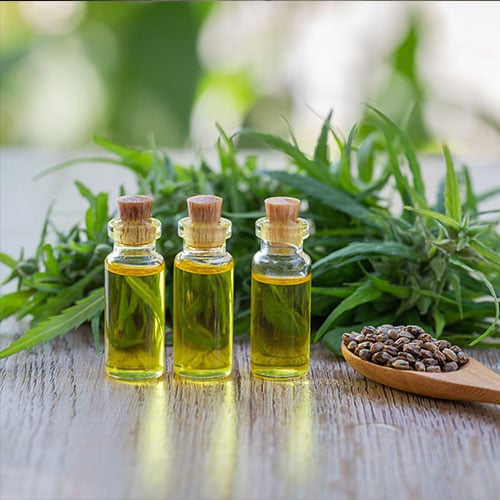 The strongest evidence for the entourage effect comes from newer research on how CBD and THC interact. Numerous recent studies suggest that CBD and THC both work better when used together.

Studies have shown that CBD has a modulating effect on THC, the part of cannabis that is responsible for its psychoactive effects. CBD appears to enhance some of the beneficial effects of THC, such as its pain-relieving effects. Simultaneously, CBD appears to dull the potential negative side effects of THC, which can include anxiety, dizziness, and nausea.

CBD appears to change how the body processes THC, but more research is needed for us to fully understand how this occurs. Some studies suggest that CBD does this by changing how THC can interact with CB1 cannabinoid receptors in the brain. A notable 2019 study suggests that CBD may instead work by preventing overstimulation in a specific brain pathway, the extracellular signal-regulated kinase (ERK) pathway.

CBD has been heavily studied for its wide range of potential benefits. Studies suggest that CBD may have powerful anti-inflammatory effects and neuroprotective effects. Researchers are currently investigating using CBD as a treatment for conditions like anxiety, pain, depression, PTSD, opioid addiction, Alzheimer’s disease, multiple sclerosis, and arthritis. CBD has also been proven to have antiepileptic effects, as evidenced by the existence of Epidiolex, an FDA-approved epilepsy drug that features cannabidiol as its sole active ingredient.

CBD has a wide range of potential benefits when used on its own, but some studies have found that CBD may be even more effective when taken with THC. Even trace amounts of THC may improve the effectiveness of CBD products.

Because CBD may be more effective when taken with THC, people often recommend choosing full-spectrum CBD products instead of hemp or cannabis products that use CBD isolate. “Full-spectrum” means that the product contains the entire spectrum of compounds found within whole plant extract. For hemp-derived CBD products, that can include up to 0.3% THC, a trace amount that would not cause psychoactive effects. Marijuana-derived CBD products may have substantially more THC, making them better for those who aren’t adverse to psychoactive effects.

Is There an Ideal CBD to THC Ratio?

CBD and THC both seem to work better when used together. But is there an ideal CBD to THC ratio? As far as we know from current cannabis research, no, there’s no perfect ratio of CBD to THC. More research is needed on how these cannabinoids interact at different ratios.

Based on anecdotal evidence, we’d say it’s likely that there are different ideal CBD to THC ratios depending on a person’s desired effects and condition. For example, someone who is using medical cannabis to ease cancer-therapy-related nausea is probably going to have a different ideal CBD to THC ratio than someone who is using cannabis recreationally for its psychoactive effects.

Research on Terpene and Cannabinoid Interaction

Unfortunately, little research has been done on how cannabis terpenes interact with the body, whether used alone or when used in tandem with cannabinoids. There have been studies done on terpenes in general. For example, studies have found that the peppery terpene caryophyllene may have pain-relieving, anti-inflammatory, and antioxidant properties. Yet, most terpene studies do not source terpenes from cannabis, nor do they examine how terpenes interact with other cannabinoid compounds.

The existing studies on cannabis terpenes, specifically, have had mixed results. One 2020 study found no evidence that five common cannabis terpenes could bind to cannabinoid receptors, but another study from the same year found that three terpenes (including one that was also included in the other study) did activate CB1 receptors. A more recent 2021 study had promising results, finding that terpenes selectively enhanced cannabinoid activity in mice.

Final Thoughts on the Entourage Effect 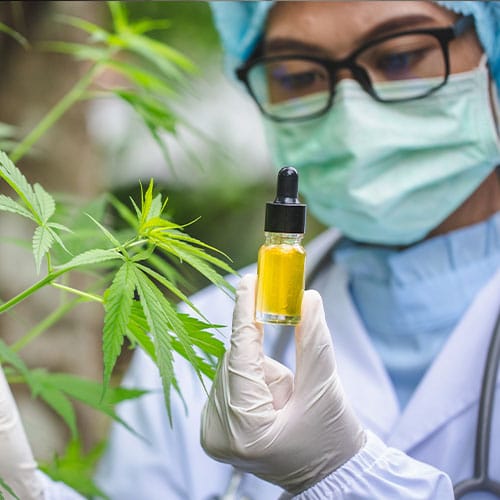 At least two of the compounds in cannabis, CBD and THC, appear to display an entourage effect when used together. CBD modulates the effects of THC and THC appears to make CBD more effective. On the other hand, there’s less evidence on how cannabis terpenes may or may not facilitate the entourage effect. More research is needed for us to understand the potential synergistic effects of cannabinoids and terpenes.

11 Nov
Marijuana is a dioecious plant, which means there are distinctly different male and female varieties of the plant. The female marijuana plant grows…
https://essencevegas.com/wp-content/uploads/2021/11/Identify-Female-and-Male-Marijuana-Plants.jpg 410 680 [email protected] https://essencevegas.com/wp-content/uploads/2021/02/Essence-Cannabis-Dispensary-Logo.png [email protected]2021-11-11 06:00:422021-11-18 10:39:46How to Identify Female and Male Marijuana Plants
Decarboxylation 101: How to Decarb Cannabis