How Was Marijuana Discovered? A Complete History of Marijuana 17 Jun, 2021 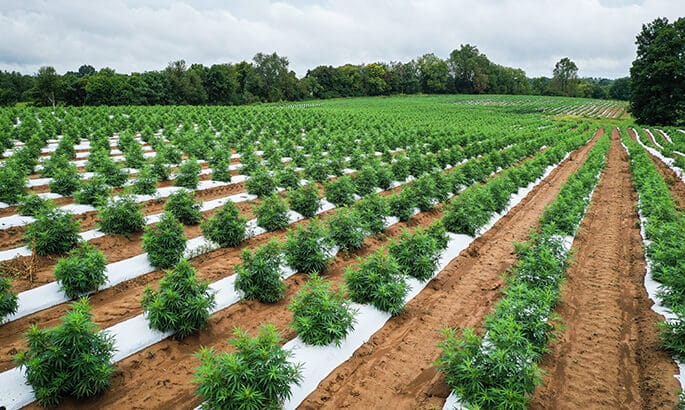 The Discovery of Marijuana

We don’t know exactly when humans first started using marijuana, since it was long before written history. However, we know that humans cultivated hemp plants as early as 8000 BC, burned cannabis by 3500 BC, used cannabis as medicine since at least 2727 BC, and used cannabis for its psychoactive effects at least as far back as 500 BC.

The oldest evidence of humans using cannabis dates back to 8000 BC, when people in a village in Taiwan used hemp fibers to make fabrics. Historians believe that cannabis plants were used primarily for their fiber for thousands of years, but we know that people started using them for other purposes by at least 3500 BC due to archeological records of people burning hemp in Romanian burial mounds. Thanks to the earliest book on Chinese medicine, Pen Ts’ao Ching, we also know that humans have used cannabis as medicine since at least 2727 BC.

The oldest physical evidence of people using cannabis for its psychoactive properties was actually discovered quite recently in the Pamir Mountains in China. In 2019, a team of archaeologists discovered wooden braziers that contained unusually high amounts of the cannabinoid tetrahydrocannabinol (THC). This discovery was dated to around 500 BC, so we know people have been using cannabis for its psychoactive effects for at least 2,500 years.

Marijuana Use in Ancient Times 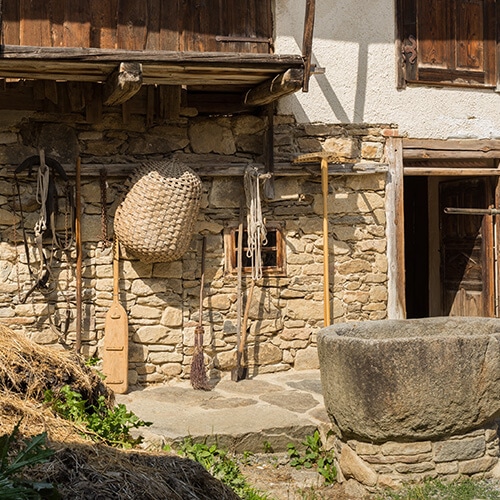 Marijuana was a part of many ancient cultures in Asia, where the cannabis plant originated. Using cannabis for medicinal purposes was very common in ancient China, where people also grew hemp fibers to make goods like clothing, rope, shoes, and paper. According to ancient Egyptian papyrus texts, Egyptian people also used cannabis regularly as a medicine for various ailments. Many historians believe that Egyptian people also intentionally inhaled cannabis, as scientists have found significant amounts of THC in the lungs of ancient Egyptian mummies. In Ancient India, cannabis was used ritualistically as an offering to Shiva. Ancient Indian people also had medicinal uses for cannabis. A notable ancient Indian remedy is the drink Bhang, a cannabis and milk drink that was used as an anesthetic and an anti-phlegmatic.

Marijuana use was also recorded in Europe in ancient times, after the Scythian people migrated from Central Asia to Europe around the 7th or 8th century BC. An early record of cannabis in ancient Greece comes from the Greek writer Herodotus. In book IV of Herodotus’s Histories, which dates back to 440 BC, he wrote that Scythian people would “shout for joy” when using cannabis during their funeral rituals. Another early European record of cannabis comes from ancient Rome. In a text written by the Roman physician Galen, who lived from 129 to 210 AD, Galen described people using “flowers of hemp” recreationally to “thin the humors.”

The cannabis sativa plant is native to Central Asia and, for thousands of years of human history, it was largely exclusive to Central Asia. Historians believe that the Scythians, a nomadic Indo-European group, were behind the plant’s earliest major migrations. The Scythians moved from Central Asia to Eastern Europe sometime around the 7th or 8th century BC, and they’re thought to have taken cannabis plants with them as they moved throughout Europe, the Mediterranan, the Middle East, and Russia. Written records indicate that Chinese people also later traded cannabis on the Silk Road, which would have further spread cannabis through Asia and Europe, as well as to East Africa.

By around the 12th century, hashish (cannabis resin) from the Persian world had started spreading throughout Asia, Europe, and East Africa. Smoking was not a common practice in the Muslim world until the 1500s, so this hashish would have been eaten, rather than smoked.

A major step forward in the global spread of cannabis plants came in the mid-1550s, when the Spanish took industrial hemp plants with them to the Americas. Written records indicate that Spaniards were growing hemp crops in Chile by 1545. Hemp crops rapidly spread across the Americas, becoming a staple crop in both North America and South America by the mid 1600s. 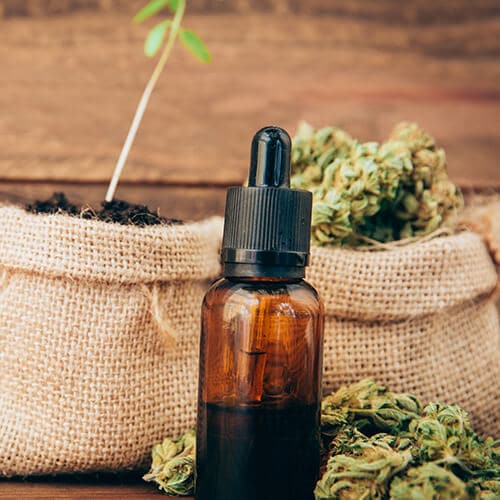 The global spread of marijuana made it a common part of life in cultures all across the world. In the 19th century, around the time modern medicine was founded, medical cannabis became a ubiquitous medical treatment in many countries.

In the 1830s, the Irish doctor William O’Shaughnessy reintroduced cannabis to British medicine after noticing its benefits for patients in India. People in Victorian Britain then started using cannabis tinctures to treat a variety of ailments, including rheumatism, insomnia, muscle spasms, and epilepsy.

The 1850s saw the use of medical marijuana spread to more countries, including the United States. In the United States, cannabis was used to treat dozens of ailments, such as neuralgia, gout, and opiate addiction.

Marijuana was widely used as a medical treatment throughout the 19th and early 20th centuries. However, the legal use of marijuana would not last long in many countries. In the early 20th century, a long trend of marijuana prohibition and criminalization began. This trend lasted for around a hundred years, until the tides turned around near the start of the 21st century, when a wave of re-legalization began.

Cannabis Crops in the Americas

When the United States was founded in 1776, hemp crops were still important cash crops in the region. Throughout the 16th, 17th, and 18th centuries, farming hemp was an essential part of agriculture. In some colonies, including Virginia and Massachusetts, it was even mandatory for farmers to grow hemp crops.

Historical records suggest that marijuana that contained high amounts of THC was around in the United States since at least 1850, when cannabis was first listed in the United States Pharmacopeia. This pharmacological text described a variety of medical uses for marijuana, such as treating nausea, rheumatism, opioid withdrawal, and labor pains. Cannabis tinctures were available as an over-the-counter drug at many American pharmacies during this period in history.

There’s evidence that Americans were also using marijuana as a recreational drug in the 1800s. However, marijuana didn’t become popular for recreational use in the U.S. until the early 1900s, when it also became incredibly popular for medicinal use. In 1910, many people fled Mexico due to a revolution and came to the United States. With them, they brought Mexican marijuana plants that were rich in THC, making potent marijuana more widely available.

Demonization and Criminalization of Marijuana in the United States

In the 1930s, the commissioner of the Federal Bureau of Narcotics, Harry Anslinger, started a campaign to criminalize marijuana. Anslinger claimed that marijuana caused insanity and waged a very successful campaign against the drug. By 1936, every state had laws regulating marijuana. Coincidentally, 1936 is the same year the film Reefer Madness was released. This famous anti-marijuana film depicted marijuana as a drug that led to psychosis, violence, rape, and suicide.

Throughout the 1930s, 1940s, and 1950s, marijuana became increasingly illegal and taboo in the United States. In 1937, the Marijuana Tax Act imposed a heavy excise tax on marijuana and restricted marijuana use to specific industrial and medical uses. In 1942, marijuana was removed from the United States Pharmacopeia and declared to have no medical use. In 1952, the Boggs Act created strict, mandatory punishments for offenses related to marijuana.

In the 1960s, marijuana was outlawed in every state, but was still a popular part of American culture. Marijuana was widely used among anti-war activists, college students, and hippies. In the mid-1960s, states started cracking down on illegal marijuana use. The years 1965 to 1970 saw a drastic increase in marijuana-related arrests in the United States.

In 1970, marijuana laws changed drastically in the United States. That year, Congress passed the Controlled Substance Act. Under this new act, marijuana was classified as a Schedule I drug, which is the same classification used for heroin. This classification ensured harsher penalties for marijuana-related offenses. Since Schedule I drugs are declared to have no medicinal value, the Controlled Substance Act also made it much harder for scientists to study marijuana.

The War on Drugs

The same year that the Controlled Substances Act passed, a few states, including Oregon and Alaska, decriminalized marijuana. But while there was still some push for legal marijuana use in certain parts of the country during the early 1970s, public opinion of marijuana would become extremely negative during the War on Drugs era of American history.

The War on Drugs is a term for a government initiative that started in the 1970s. The goal of the War on Drugs was to stop the use, sale, and trade of illegal drugs by drastically increasing criminal penalties for drug-related crimes. The initiative, supported by organizations such as the National Institute on Drug Abuse (NIDA) and the Drug Enforcement Agency (DEA), also included government messaging that would spread awareness about the dangers of drug use.

Due to the War on Drugs, more and more Americans started to view marijuana as a highly dangerous drug. It was often thought of as a “gateway drug” that would result in the user later turning to harder drugs. The message of marijuana being dangerous was promoted by the American government throughout the 1970s, 1980s, and 1990s. Some famous anti-drug campaigns of this era include First Lady Nancy Reagan’s 1982 “Just Say No” campaign, the in-school Drug Abuse Resistance Education (DARE) program that was started in 1983, and President George H.W. Bush’s 1989 “New War on Drugs” campaign.

Public opinion of marijuana is much more positive today than it was during the War on Drugs era. The changing tide in opinion among Americans started around the turn of the 21st century, when individual states also started to legalize medical cannabis.

In 1996, California became the first state to legalize medical marijuana. Two years later, Oregon, Alaska, and Washington did the same. Maine legalized medical marijuana a year after that, with Hawaii, Nevada, and Colorada following soon after and legalizing in the year 2000s.

Though medical cannabis and recreational cannabis are now legal in dozens of states, it’s important to note that marijuana is still illegal under American federal law. Federally, marijuana is still classified as a Schedule I drug with no medical use. This is despite the fact that there are now Food and Drug Administration (FDA) approved, cannabinoid-based prescription drugs, such as Epiodolex and Marinol.

The Future of Marijuana

For many modern people, the idea of legalized marijuana seems new. At the beginning of the 21st century, we’re emerging from a one hundred year period of marijuana demonization and moving forward into a new period of legalization. But, though the recent legalization of marijuana in certain American states seems new and radical to many, history shows us that legal marijuana could not be more common in the grand scope of mankind. People have been using cannabis for medical and recreational purposes for thousands of years, since well before written history. When you look at the complete history of marijuana, it’s prohibition and criminalization that seems out of place— not medical or recreational use.

How to Dry and Cure Marijuana
Scroll to top