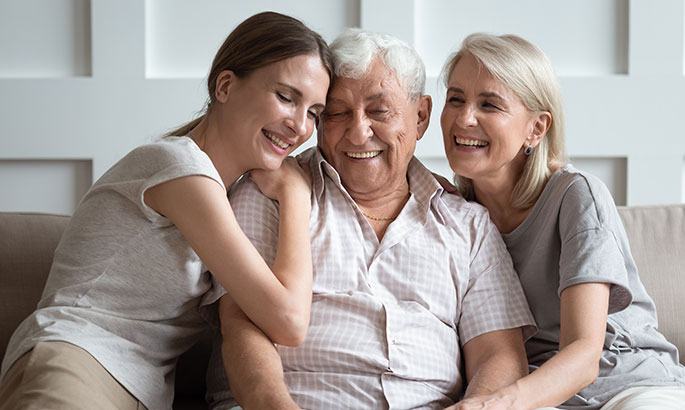 What is Cannabinoid Hyperemesis Syndrome?

Cannabinoid hyperemesis syndrome, or CHS, is a rare condition that’s characterized by severe nausea, vomiting, gastrointestinal discomfort, and compulsive bathing in hot water. CHS is a newly observed, poorly understood syndrome. However, many scientists believe that CHS is a rare side effect of long-term, heavy marijuana use. This is because CHS appears to occur only in long-term daily marijuana users and also appears to be alleviated by the cessation of cannabis use. 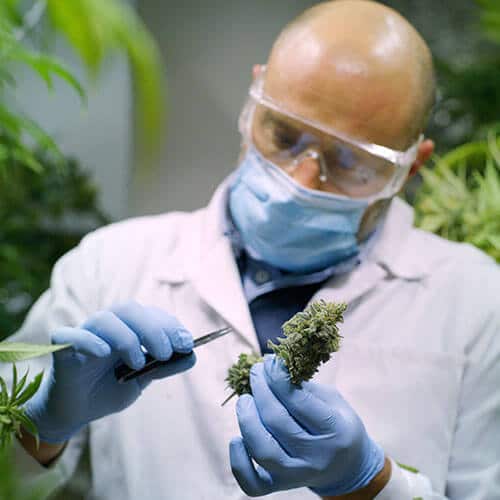 Cannabinoid hyperemesis syndrome was first observed in 2004 when an Australian doctor, J H Allen, noticed that many patients who had cyclical vomiting symptoms had something in common: long-term heavy cannabis use.

In the years following this initial study, there were several small case studies with similar results. There are three case reports from 2009 in which patients exhibiting CHS symptoms made a full recovery after cannabis cessation. There’s also a case report from 2014 in which a 42-year-old long time cannabis user had CHS symptoms, then had no symptoms after ceasing to use cannabis for 3 months.

The 2004 study of 9 patients was the largest study on cannabinoid hyperemesis until 2012, when the Mayo Clinic did a case series with the objective of better understanding cannabinoid hyperemesis. This systematic review looked at 98 patients who exhibited cannabinoid hyperemesis symptoms at the Mayo Clinic between 2005 and 2010. The researchers found that 68% of patients used cannabis for more than 2 years before experiencing symptoms and that 95% of patients used cannabis more than once a week. The researchers noted that, alongside nausea and vomiting, abdominal pain (86%) and symptom relief with a hot shower or bath (91%) were the most common symptoms among participants. The researchers were able to follow up with 10 patients. They found that 7 out of 10 had stopped using cannabis and that 6 out of these 7 had noted “complete resolution of their symptoms.”

Marijuana interacts with the body in complex ways that scientists don’t yet fully understand, which makes understanding the pathophysiology of CHS more challenging. On top of that, CHS is newly observed and understudied, so CHS research offers little insight on how marijuana could cause the syndrome. With that said, there are some theories on how marijuana may cause CHS in certain cases.

The authors of this review noted that the first of these potential causes, a dysfunctional endocannabinoid system (ECS), is generally considered the most likely cause of CHS. According the reviews, “the prevailing theory about how CHS develops is that extended activation of the CB1 receptor by prolonged exposure to tetrahydrocannabinol (THC) leads to desensitization and/or downregulation of the CB1 receptor and changes to endocannabinoid-related enzymes, resulting in endocannabinoid dysfunction.” To put that in layman’s terms, some scientists think that long-term heavy THC consumption may cause CB1 receptors, which are activated by THC and play a role in regulating nausea, to go haywire.

While endocannabinoid system dysfunction is considered a likely factor in CHS, we still don’t know if that’s the cause of the syndrome or if other factors may affect the disorder. We need far more research to understand how all of the potential causes of CHS may or may not affect who gets this rare syndrome.

What Are the Symptoms of Cannabinoid Hyperemesis Syndrome? 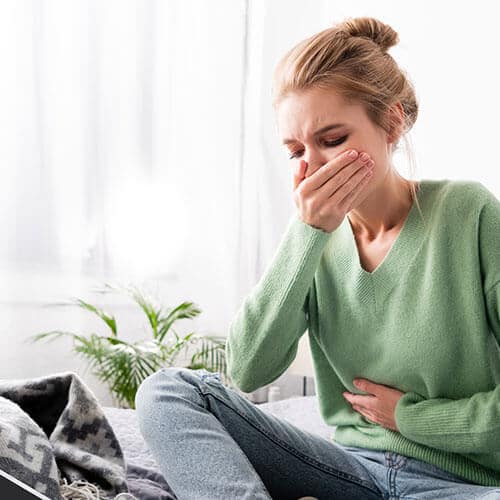 Scientists theorize that cannabinoid hyperemesis syndrome has three phases: a prodrome stage, an acute hyperemetic phase, and a recovery phase. Each of these phases is associated with different symptoms.

The symptoms of the prodromal phase of cannabinoid hyperemesis syndrome include:

The hyperemetic phase of cannabinoid hyperemesis syndrome occurs when the syndrome reaches its full onset. The symptoms of this phase include:

Frequently taking hot showers and baths is a hallmark symptom of CHS. This action occurs because it appears to reduce the nausea and vomiting that’s associated with the hyperemetic phase of CHS. Scientists don’t know why taking hot baths and showers alleviates vomiting and nausea in CHS, but one theory is that it’s because the heat sensation from the hot water is overriding nausea and pain sensation in the central nervous system.

The recovery phase of cannabinoid hyperemesis syndrome occurs when the affected person stops using marijuana. The symptoms of this phase include:

How to Diagnose Cannabinoid Hyperemesis Syndrome

There’s no single test for cannabinoid hyperemesis syndrome. To diagnose the syndrome, a doctor needs to determine that a patient meets all four of these criteria:

In addition to looking for these symptoms, a doctor needs to rule out other possible causes of a patient’s symptoms before making a cannabis hyperemesis syndrome diagnosis. The symptoms of CHS can also be caused by other conditions, including serious or life threatening conditions. To rule out other potential causes of a patient’s symptoms, a doctor may order blood tests, electrolyte tests, urine analysis, a gastric emptying scan, a head or abdominal CT scan, or an endoscopy, among other things.

It’s probably more accurate to say that cannabinoid hyperemesis syndrome is newly observed or newly discovered than it is to say it’s new. It’s possible that CHS is new, but we can’t know for sure, since so little is known about why the adverse effects of CHS occur. Some scientists have theorized that CHS has been around for some time, but has been misdiagnosed as cyclic vomiting syndrome (CVS). CVS and CHS have very similar symptoms, so it would be easy for an emergency medicine provider or other healthcare practitioner to mistake one for the other.

There’s some evidence that suggests the long-term heavy use of marijuana causes CHS in rare cases, but the data on CHS is very limited at this time. The current studies on CHS have also been very small and, some may argue, poorly designed. For example, one 2006 review heavily criticized the design of the defining 2004 study on CHS, calling its conclusions “unduly presumptive.” That review also pointed out that there was no blinding in the study rechallenge. A more recent 2016 review noted that follow up data on CHS was “sparse” and further stated that “evidence supporting the hypothesis of cannabinoid hyperemesis is weak.”

Health Effect of
Cannabis on the Brain
Scroll to top