How to Make the Perfect Cannabis Biscuits for National Biscuit Day 28 May, 2019

It’s nice to look at.

And when you bite into it, it melts in your mouth.

And yes, you can take a bite out of a house. Haven’t you ever heard of a gingerbread house? Or a biscuit house?

If you’ve never heard of that last one, it’s a house made entirely out of biscuits.

Speaking of biscuits, May 29 is coming up. Know what that means?

And if there’s any food that deserves its own holiday, it’s the biscuit. 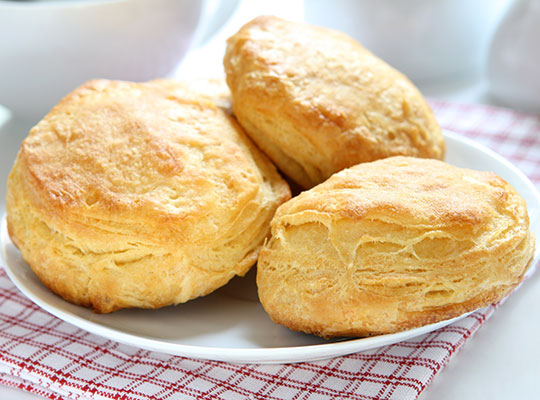 What Makes a Biscuit a Biscuit

The word “biscuit” comes from the British, but they use the term to refer to a thin cookie or cracker.

We only call something a “biscuit” if it’s a small, light bread with a firm, brown crust and a soft interior that can hold a reasonable amount of butter.

Another thing that makes a biscuit stand out from other types of bread? You don’t need to use yeast as a leavening agent. Instead, you can use baking soda, baking powder, or the beaten biscuit method.

A Little Bit of Biscuit History

The American biscuit, as we know it, was created in the early 19th century before the Civil War.

Yeast for bread-making was expensive and hard to store, so cooks came up with a cheaper method.

They would beat and fold the dough to incorporate air into it, which would expand when heated in the oven, causing the biscuit to rise. This is known as a “beaten biscuit.”

And because it was harder than a normal piece of bread, the biscuit was able to keep its shape when being used to wipe up gravy. Genius!

Biscuits rose to prominence mainly in the South because the flour from the South was made from soft winter wheat and was better suited for biscuit-making than protein-heavy Northern flour.

Ballard and Ballard changed the biscuit game by introducing ready-to-bake biscuits that came in a cardboard can. Now people no longer had to make biscuits from scratch. You just stick them in the oven, and you’re good to go! 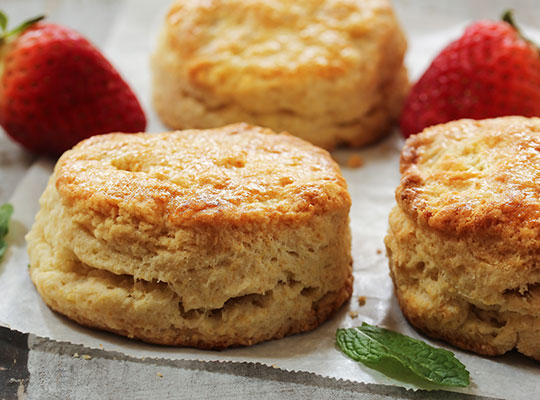 These are one of the more popular biscuit types.

When making a rolled biscuit, the bread should rise to twice its original height, while the inside is light and fluffy and the outside crust is golden brown. When they’re baked well, rolled biscuits have flat tops, straights sides, and horizontal cracks that demonstrate flakiness.

Drop biscuits have more liquid added to the dough than their rolled cousins, and that extra moisture means they can’t be kneaded or rolled. Instead, people measure out tablespoons of dough onto a baking sheet. Drop biscuits don’t rise as high as other biscuits, and they have a coarser texture and appearance.

Is a scone a biscuit?

Some would say, “They’re similar, part of the same family, but not exactly the same.”

Well, if they’re part of the same family, that works for us.

Scones are made either with wheat or oatmeal and baking powder. No yeast, just like the biscuit. A big difference is that they are usually sweetened and sometimes glazed with egg wash.

The major difference between British scones and the American scones we get from coffee shops is the amount of butter and fancy add-ins like nuts, fruit, and chocolates. The British use less butter and not as many “scone accessories.” 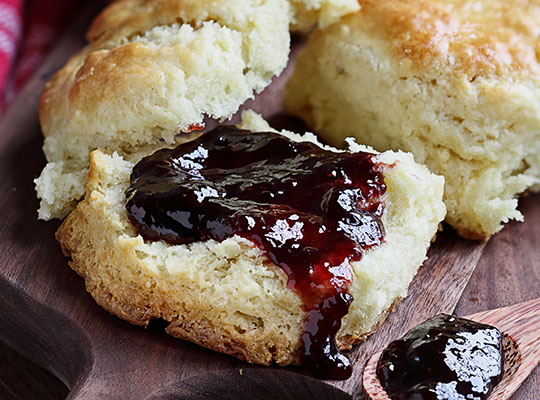 Shortcakes? Really? Those are biscuits too?

Shortcakes use either biscuits, cakes, or scones as their base.

So…are you ready to learn how to make the perfect cannabis biscuits for National Biscuit Day?

(Adapted from All Recipes)

How to Make Them

Cannabis-Infused Gravy (for Biscuits and Gravy)

You’ve got your biscuit recipe above. But what about gravy?

Gotta have biscuits and gravy!

What You Need to Make Cannabis Sausage Gravy

How to Make It

Your gravy is now done. Let the biscuit-feasting begin.

Important note: If you’re already doing cannabis-infused biscuits and don’t want to overdo it with cannabis-infused gravy as well, you can substitute the cannabutter for regular butter during the gravy preparation.

(Adapted from All Recipes)

How to Make Them

(Adapted from Taste of Home)

You best believe it.

How to Make It

We hope you enjoyed these cannabis biscuits recipes for National Biscuit Day!

Remember, if you need cannabutter, you can purchase it at any of our three locations — Las Vegas Strip, Tropicana West, and Henderson. Just give us a call ahead of time to confirm that we have cannabutter in stock.

As always, the amount of cannabutter we recommend in each recipe is just an estimate. Only you know how much cannabis you can consume and still have a good time.

So don’t be afraid to adjust the recipe as needed. You can always add less cannabutter and substitute it with regular butter if you want.