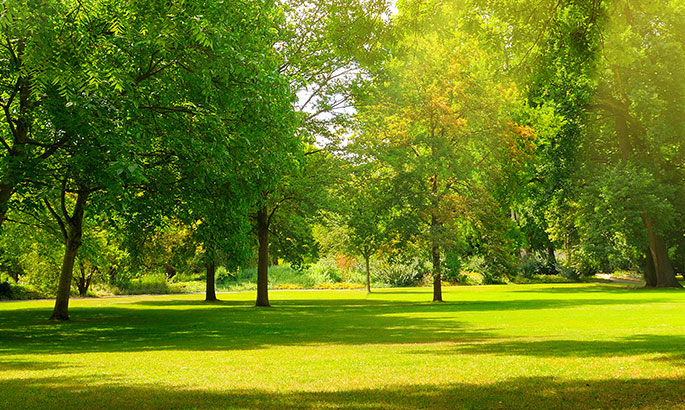 So, there are many differences between marijuana and kratom, including a potential difference in safety. To help our readers understand everything they need to know about these differences, below, we’re giving an overview of what kratom is, then taking a point-by-point look at marijuana vs. kratom.

While the popularity and prevalence of kratom in the United States is new, kratom itself is ancient.

Kratom is the common name for mitragyna speciosa, a tropical evergreen tree that’s native to Southeast Asia. In countries such as Thailand, Indonesia, Malaysia, Myanmar, and Papua New Guinea, kratom has been used in herbal medicine for at least two hundred years. In traditional herbal medicine, kratom leaves have been chewed for musculoskeletal pain relief, increased energy and appetite, and increased sexual desire. Kratom leaves and kratom extracts have also been used to treat wounds, diarrhea, and intestinal issues, and they’ve been used as a local anesthetic.

Recently, kratom has become more widely known and used in the United States. In places where kratom is legal, people can easily get access to different types of kratom products, including dried leaves, kratom capsules, and liquid kratom extracts. These various forms of kratom are often advertised as holistic treatments for certain health issues and may also be used recreationally at places like music festivals.

Though many people are now using kratom in the United States, whether or not kratom use is safe is hotly debated. Some say that kratom is an amazing, safe herbal remedy that can do things like relieve pain and ease opioid withdrawal. Others say that kratom is a dangerous and highly addictive drug that is also ineffective at treating any medical conditions. We’ll go over this debate in more detail in our section on side effects and safety.

Kratom and marijuana are both used for recreational and medical purposes, but they affect the mind and body differently, so people use them for different things.

Marijuana contains compounds called cannabinoids, which interact with the body’s endocannabinoid system. The two most prevalent cannabinoids in marijuana are THC and CBD. When cannabinoids like THC and CBD interact with the endocannabinoid system, they can cause a variety of effects. THC is famously responsible for the psychoactive effects of marijuana, which include euphoria and sedation. There are also studies that suggest THC and CBD may have health benefits. CBD, in particular, has been a subject of frequent study in recent years, since there’s promising evidence that CBD may have anti-inflammatory and neuroprotective properties.

Due to the psychoactive effects of THC, people often use marijuana recreationally. Then, people may use marijuana for a variety of medical reasons. People use medical cannabis for things like addressing pain, muscle spasms, appetite loss, cancer, and nausea. People also use cannabidiol (CBD), the non-psychoactive cannabinoid found in both marijuana and hemp, for medical purposes on its own. Research indicates that CBD may help treat a variety of health conditions, including chronic pain, nerve pain, depression, high blood pressure, insomnia, and Parkinson’s disease. Additionally, there’s an FDA-approved drug that contains CBD as its active ingredient. Epidiolex was approved by the FDA in 2018 to treat seizures associated with Lennox-Gastaut syndrome, Dravet syndrome, or tuberous sclerosis complex.

Kratom users say that the effects of kratom vary depending on dosage. It’s said that in low doses, kratom has a stimulant effect, increasing alertness and sociability. In higher doses, kratom is said to have opioid-like effects, such as pain reduction, reduced anxiety, relaxation, and sedation. When used in higher doses, kratom may also produce psychoactive effects, which users describe as being euphoric. Note that there’s scientific concern that the opioid-like effects of kratom, including the opioid-like psychoactive effects, may also come with a risk of addiction. Many users of kratom have also said that it can be habit forming.

As far as how people use kratom goes, people who use kratom recreationally may either use it for its stimulant-like effects or it’s opioid-like effects. Medicinally, there’s only anecdotal evidence that kratom is effective at treating medical conditions. It’s possible that kratom does help with certain medical conditions, but there isn’t much research showing how kratom affects the body and mind, so we don’t know for sure. But, anecdotally, people who use kratom medicinally may say that they use it to treat things like pain, digestive issues, panic attacks, and the symptoms of opioid withdrawals.

Kratom vs. Marijuana: Side Effects & Safety

The difference in the side effects and safety of marijuana and kratom may be their biggest difference.

First things first, let’s talk about a huge difference between kratom and marijuana: fatal overdose potential. There are absolutely no reports of fatal marijuana overdoses. Using too much marijuana may cause unpleasant side effects, but there are no reports of marijuana use leading to death. On the other hand, there have been reports of fatal kratom overdoses in the United States and in Europe.

According to a report published on the Centers for Disease Control and Prevention website (CDC.gov), kratom was determined to be the cause of 91 overdose deaths that occurred during July 2016 to December 2017. The post-mortem toxicology reports connected to these 91 deaths indicate that many of these deaths also involved other substances, while 7 appeared to only involve kratom. The CDC notes that “the presence of additional substances cannot be ruled out” in these 7 cases, then concludes by saying that better documentation in future toxicology testing protocols will be needed to further “clarify the extent to which kratom contributes to fatal overdoses.” Whether kratom may come with a risk of fatal overdose on its own or when combined with other substances is currently unclear.

Another very notable difference in terms of the side effects of kratom vs. marijuana is in addiction potential. As we’ve discussed in a previous post, the vast majority of marijuana users never become addicted to marijuana, nor do they experience withdrawal symptoms. Based on the limited research we have on kratom, you can’t say the same for it.

One of the few major studies on kratom looked at how kratom worked when used to treat the symptoms of opioid withdrawal. The results of the study suggested that people who took kratom for more than six months reported withdrawal symptoms that the Mayo Clinic describes as “similar to those that occur after opioid use.” Anecdotal evidence supports this conclusion. A significant amount of people who have used kratom say that it can be addictive, especially when used regularly and in higher quantities.

Reports have also shown that kratom may have other unpleasant side effects when used regularly and/or in high quantities. These include more mild and seemingly temporary adverse effects, like dry mouth and constipation. They also include potentially severe side effects, like liver damage, breathing suppression, brain swelling, and seizure.

To close out this section, we’ll reiterate that there really hasn’t been a lot of research done on kratom. We definitely need more research to fully understand the scope and prevalence of the side effects of kratom, as well as to understand if it has potential health benefits. There are currently some concerning reports about kratom, but they’re not yet conclusive. And, anecdotally, many people say that kratom has helped their health issues. Hopefully, more research on kratom will be released soon so that the public can gain a better understanding of the potential risks and rewards of kratom.

Kratom and marijuana both have complex legal statuses in the United States, but in notably different ways.

Medical marijuana and recreational marijuana have been legalized in many states. However, marijuana is still illegal at the federal level. That’s why you can’t take the cannabis you buy legally in Nevada into another state, even if that state is the adjacent state of California, where recreational cannabis is also legal. The federal government has classified marijuana as a controlled substance, so you can’t transport it across state lines regardless of specific state laws.

Kratom, on the other hand, is not illegal at the federal level. Federally, kratom is legal but unregulated, which means that the federal government doesn’t check or guarantee the quality or safety of kratom products that are purchased in the United States. The United States Drug Enforcement Administration (DEA) has considered making kratom a controlled substance but has stopped short of actually doing so.

Though kratom is legal and unregulated at the federal level, certain states, counties, and cities have put their own legislation and regulations in place for kratom. There are six states that have made buying, selling, possessing, or using kratom illegal: Alabama, Arkansas, Indiana, Rhode Island, Vermont, and Wisconsin. Some local government bodies have also outlawed kratom in states where kratom is still legal at the state level. For example, kratom is legal in the state of Colorado, but it’s “illegal for human consumption” in the city of Denver, Colorado. To give another example, kratom is legal in the state of Florida, except in Sarasota County, where it is banned.

Some states have decided to regulate kratom, rather than outlawing it. Nevada, Utah, Arizona, and Georgia have all passed the Kratom Consumer Protection Act (KCPA), a bill that aims to regulate kratom trade in the U.S. As you may guess from its name, the KCPA is designed to protect kratom consumers and ensure that kratom vendors only sell clean, high quality kratom that is not contaminated or fake. The KCPA also covers things like age limits for kratom sales and kratom product labeling guidelines.

To summarize the legality of these two substances: it’s complicated. If you want to buy cannabis or kratom, be sure to check your local laws and state laws carefully so that you understand what’s legal in your area.

Final Thoughts on Marijuana vs. Kratom

Marijuana and kratom may both come from plants, but they’re two decidedly different substances. And it’s very important for consumers to understand their differences in effects, safety, regulation, and legality. It’s also crucial for people to understand how little we currently know about kratom. Right now, there’s just so little research available on kratom. Additionally, there’s a lot of mixed information out there, which means people are left to come to their own conclusions about the plant. While we hope more research will be available on kratom in the near future, currently, we just don’t know how it affects people in the short term or long term. Kratom could be good for you, bad for you, or somewhere in between. We’ll have to wait and see.