You’re at a party, and everyone’s showing off how smart they are.

“Hey,” you blurt out. “Did you know that George Washington grew hemp?”

People look at you, confused. “What?!” they say. “That can’t possibly be true!”

And then you drop some more fun, interesting cannabis facts on them, leaving them all googly-eyed and amazed.

How’d you come to know all these things about cannabis?

Sure, there’s lots of interesting cannabis science and lifestyle-related stuff out there to learn.

But if you want to really throw people for a loop, then you should learn these 21 fun and interesting facts about cannabis! 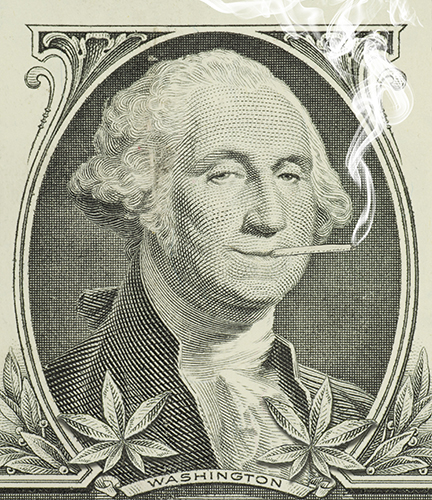 We weren’t joking before. Our first president didn’t just defeat the British and help create the most powerful country on Earth.

Hemp – which comes from the same plant family as medical/recreational cannabis but contains practically no THC – was considered a cash crop during the 18th century and was used to make clothes, paper, and rope.

The year was 1632, and the English navy needed hemp for their lines and sailcloth. So the Virginia Assembly required that every planter “provide seede of flaxe and hempe and sowe the same.”

3. Bhutan Has Way Too Much Wild Cannabis 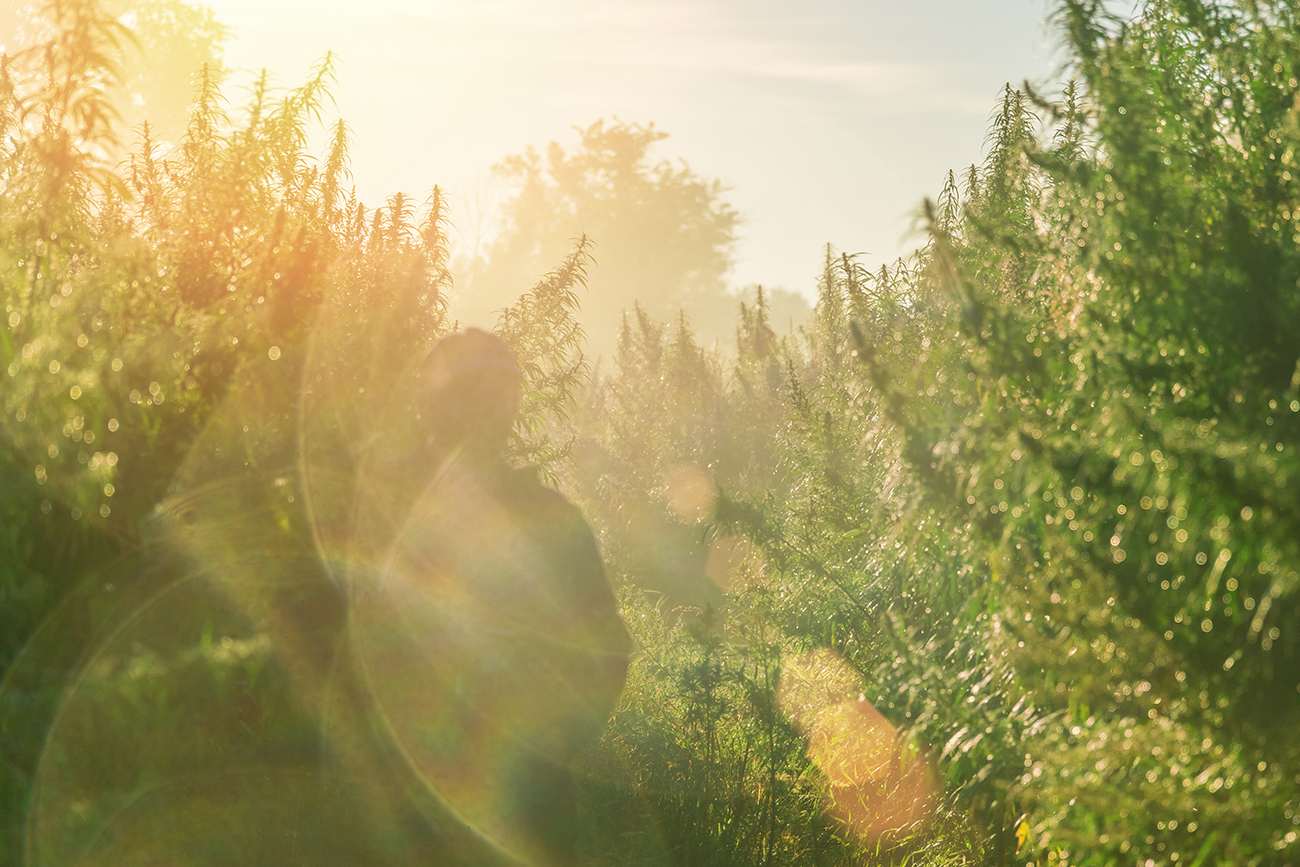 In the Kingdom of Bhutan, cannabis is about as common as grass. It grows everywhere – in the wild, in cities — even in the cracks of sidewalks.

It’s used to feed pigs, but it’s commonly viewed as a pest. A real weed, we guess!

(Bad pun, we know. Good thing there’s only one more left in the entire post…) 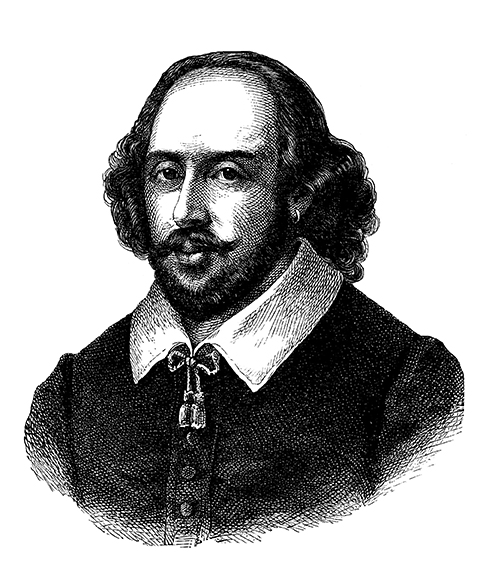 “To toke, or not to toke. That is the question.”

Apparently, Shakespeare’s response to that question was, “Toke!”

Scientists found 400-year-old pipes in Shakespeare’s garden outside his home in Stratford-upon-Avon. Out of the 24 pipes they found, eight of them contained traces of cannabis.

Guess we finally know where his genius came from– at least, in part!

5. The Famous Trapped Chilean Miners Were Given Cannabis 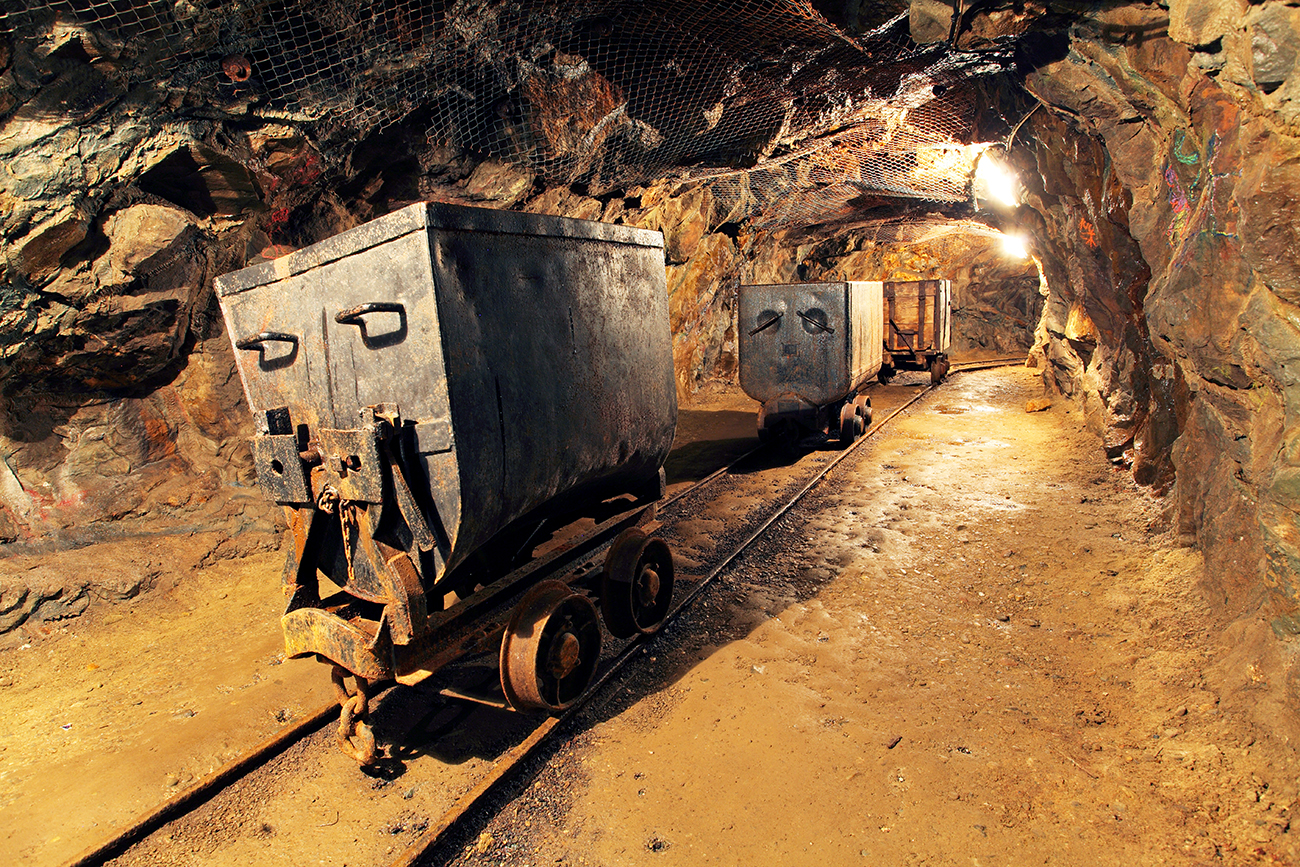 Remember the Chilean mining accident back in 2010 in which 33 miners were trapped underground for 69 days?

People smuggled cannabis down to them to help them cope with the ordeal.

They were smoking so much that the government considered using a drug-sniffing dog to intercept the cannabis-filled letters that were being slipped down the rescue shaft.

It hardly seems believable, and the story may very well be made up.

But self-proclaimed agent provocateur and Nixon biographer Roger Stone says that Richard Nixon was a huge fan of Louis Armstrong.

So in 1958, when Vice President Nixon was at a New York airport and happened to see a very nervous-looking Louis Armstrong (who happened to be carrying three pounds of cannabis in his suitcase) about to pass through customs inspection, Nixon walked over to him, offered to carry Armstrong’s bags, and just walked the trumpet player past inspection without any trouble. 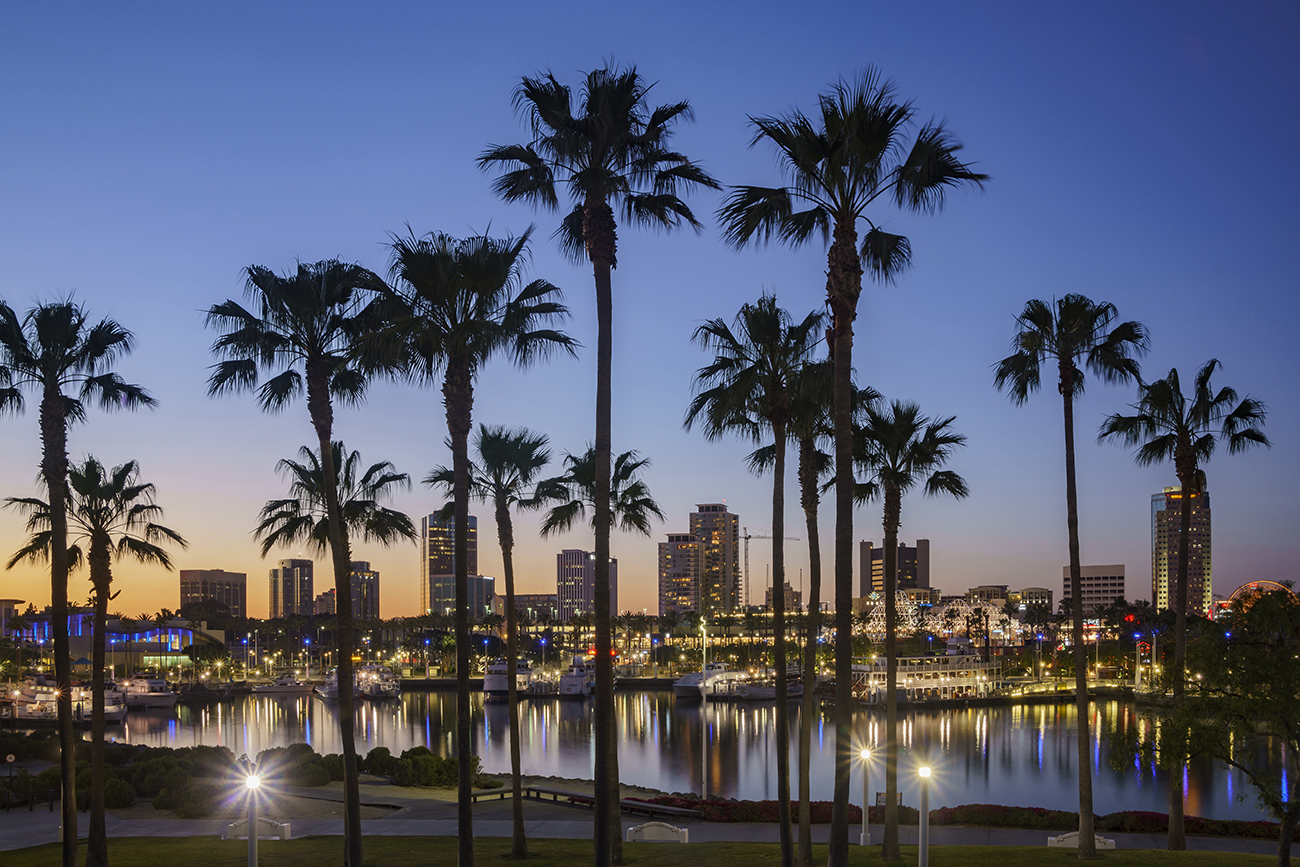 According to Diaz, both she and Snoop Dogg attended Long Beach Polytechnic High School.

Whenever she needed to re-up on cannabis, Snoop was the dude she went to.

At least, she’s pretty sure he was.

8. People Have Been Using Cannabis For at Least 12,000 Years 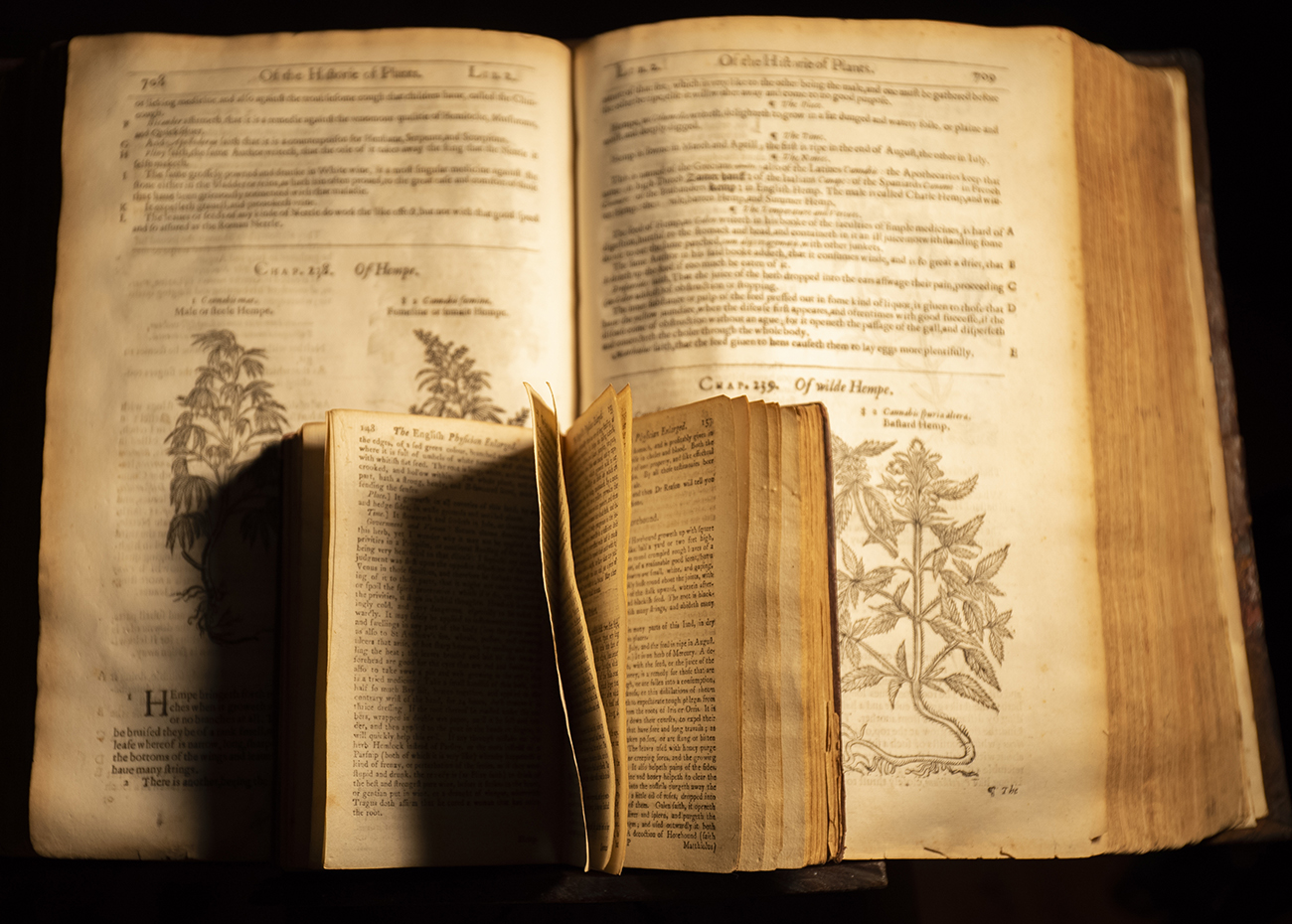 Cannabis is one of humanity’s oldest crops according to the book Marihuana: The First 12,000 Years. 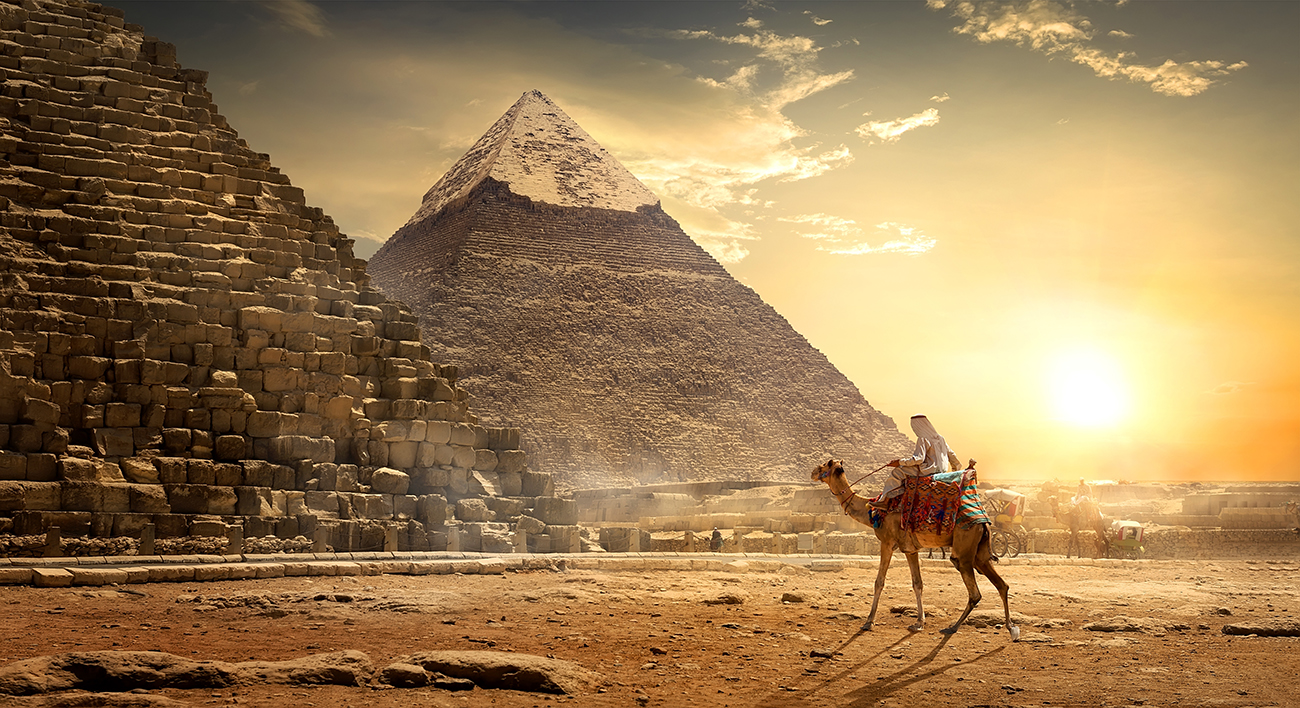 It might not be the most common reason why people use cannabis, but hey: don’t knock it till you’ve tried it!

But the Ancient Egyptians weren’t all about the enemas. They also used cannabis to treat glaucoma and inflammation.

10. Cannabis Was the First Product Ever Sold Online 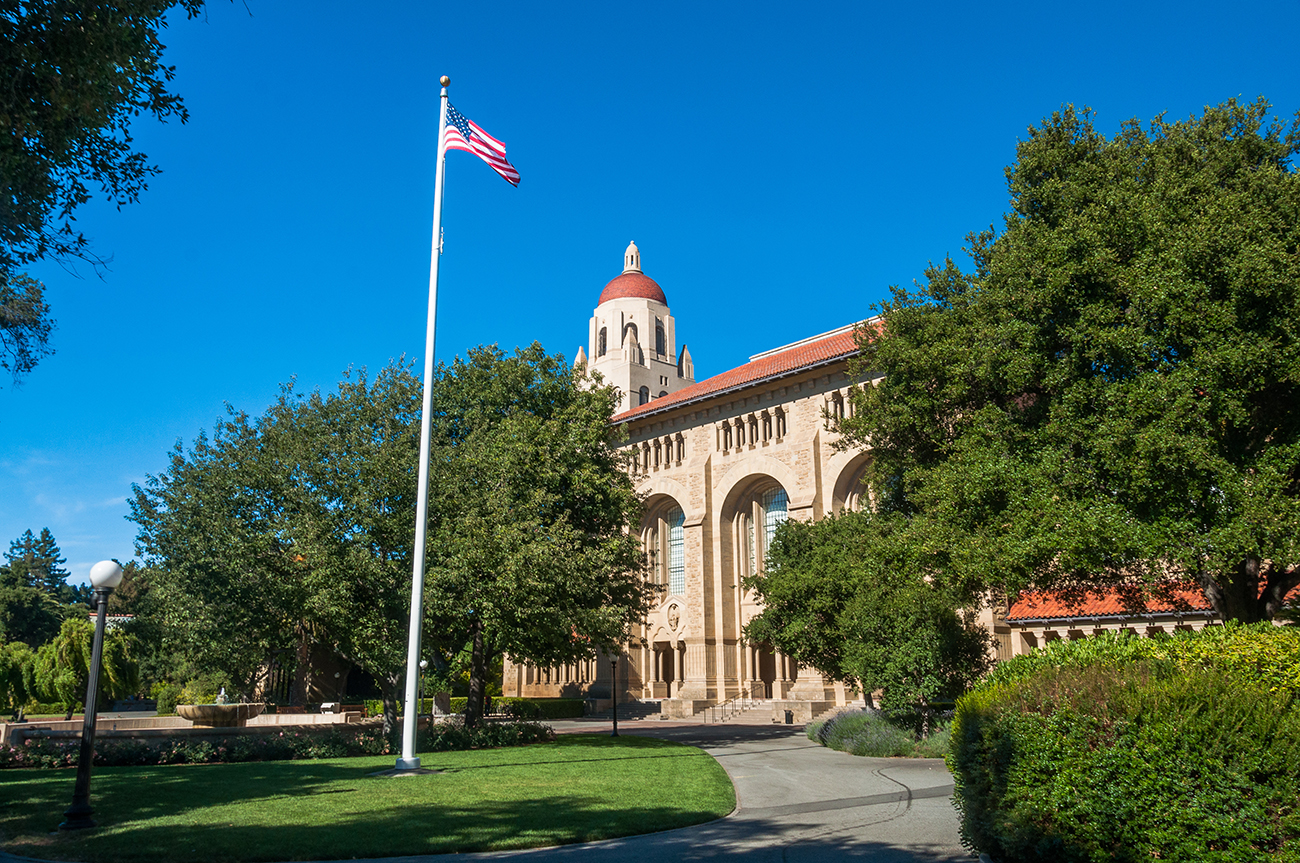 Of course, it was an illegal black market sale, but that still counts, right?

11. The United States Grows the Largest Amount of Cannabis in the World

Their list was based in part on a U.N. report as well as “the opinions of other experts.” They estimated that America is the #1 cannabis-producing country on Earth.

12. Hemp Doesn’t Make You Feel Intoxicated Because of One Little Gene

If that sounds a lot like THC, it’s because THCA is the precursor to THC. THCA becomes THC when it’s exposed to high levels of heat, a process called decarboxylation.

Hemp doesn’t have the gene that creates the enzyme that produces THCA.

Conversely, psychoactive cannabis has lots of THCA, but it doesn’t have a lot of CBDA – cannabidiolic acid, the precursor to CBD.

Hemp, on the other hand, is very rich in CBDA, which is why it’s commonly used for CBD-based products.

13. Babies in North Carolina Tested Positive for Cannabis in Their Urine…Because of Soap 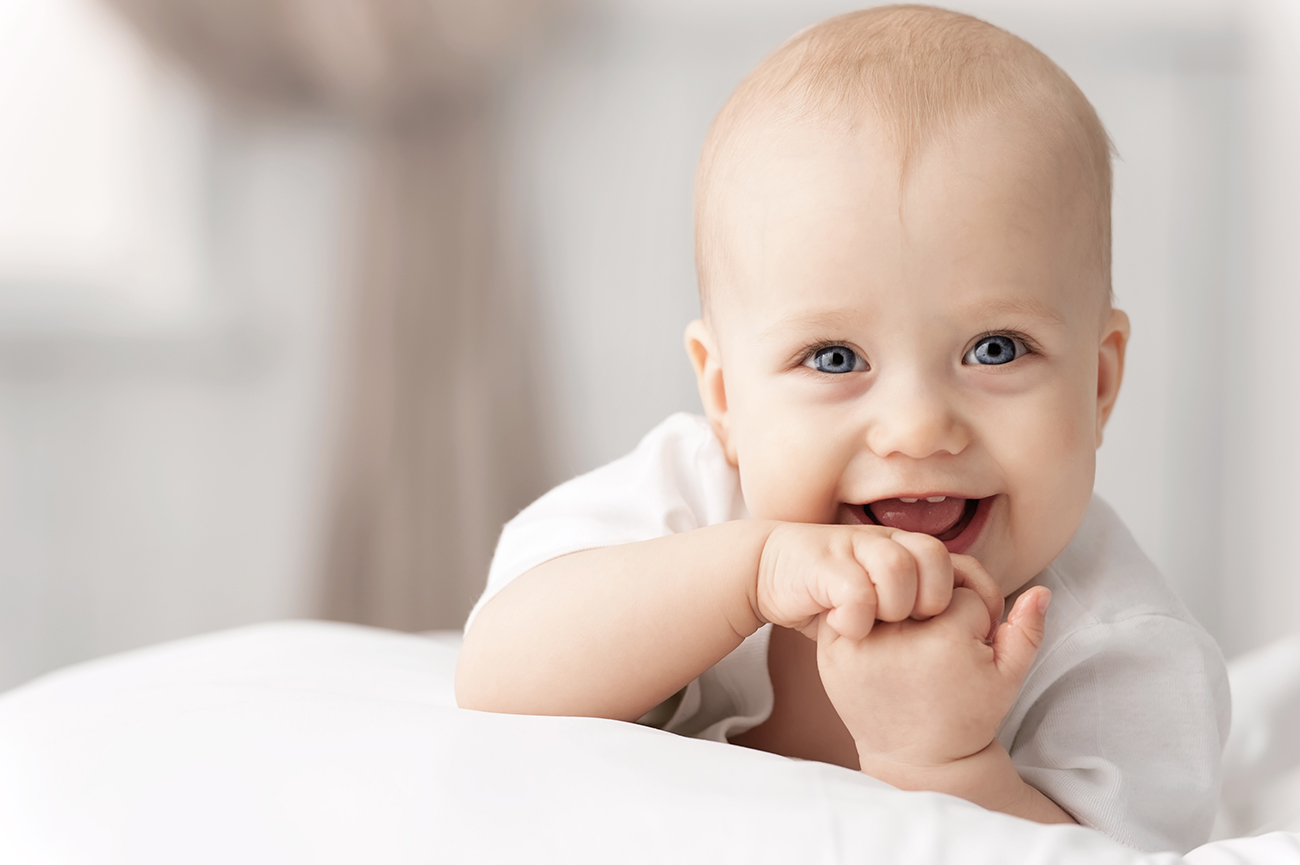 That’s right. Alarm bells went off in a North Carolina hospital after they noticed an increase in newborns testing positive for cannabis in their urine.

This is usually bad news for the mother; it indicates that she’s been using cannabis, which could lead to an unpleasant visit from CPS.

However, upon further investigation, researchers discovered that there were several ingredients in baby soap — formulas made by Johnson & Johnson, CVS, and Aveeno — that were causing a false positive on cannabis urine tests.

To be clear, these soaps don’t contain any cannabis. So if you’re using them on your newborn, it’s fine. Just don’t be surprised if your kid’s urine test comes back positive for Mary Jane!

14. Cannabis is Legal in North Korea 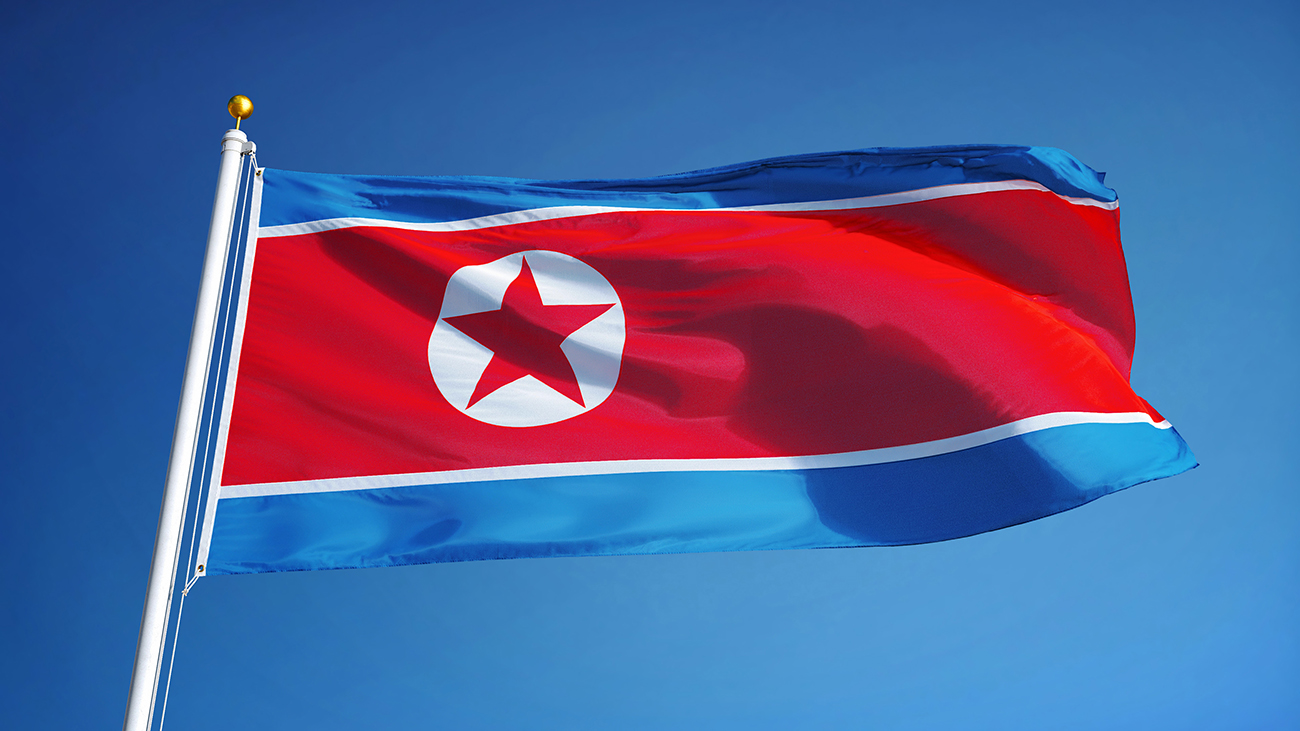 According to reports from defectors, visitors, and experts, cannabis is either legal in North Korea, or there’s little to no enforcement of cannabis law.

Bulgarian journalist Darmon Richter reported buying a bag of cannabis in North Korea for 80 cents. Not only that, Richter’s regime-appointed “chaperone” smoked cannabis with him and the other tourists in their group.

Huh. Who would have thought?

15. There are More Dispensaries In Colorado Than Starbucks and McDonald’s Combined

We’ve got a lot of love for Colorado.

It was the first of two states to legalize recreational cannabis, thus providing a model for other states to follow suit.

But there’s another reason that the state deserves a special place in the Cannabis Hall of Fame.

The state literally has more dispensaries than they have Starbucks and McDonald’s combined – over three times more!

Total number of Starbucks and McDonald’s: 111

Before the 1906 Pure Food and Drug Act, manufacturers of medicinal tinctures used cannabis as a common ingredient. And they didn’t even have to mention that on the labeling!

But then cannabis quickly became linked to the growing anti-Mexican sentiment at the time. Harry Anslinger, the Federal Bureau of Narcotics Commissioner, took advantage of this sentiment to help pave the way for the Marihuana Tax Act of 1937, which basically made cannabis unaffordable for most people.

17. The Largest Cannabis Seizure was over 6 Million Pounds

According to the Guinness Book of World Records, the “bulkiest drug seizure” of cannabis was 2,903 metric tons, or 6.4 million pounds — all of which came from a Colombian drug operation in 1982 – which ended up being one-fifth of the total amount of cannabis being illegally imported into the United States per year at the time.

They’re known as the Yamnaya, and they were from the region which is now Russia and Ukraine.

According to researchers, these traders might have traded cannabis throughout Europe and East Asia around 5000 years ago.

Cannabis was growing naturally and being used in both Europe and Asia at least 10,200 years ago.

But archaeological records indicate a rise in cannabis use in East Asia 5,000 years ago when the Yamanya had created a trade route across the Eastern European Steppe. Yamnaya sites also show evidence of cannabis burning!

19. Legal Cannabis Has the Potential to Generate Billions in Tax Revenue 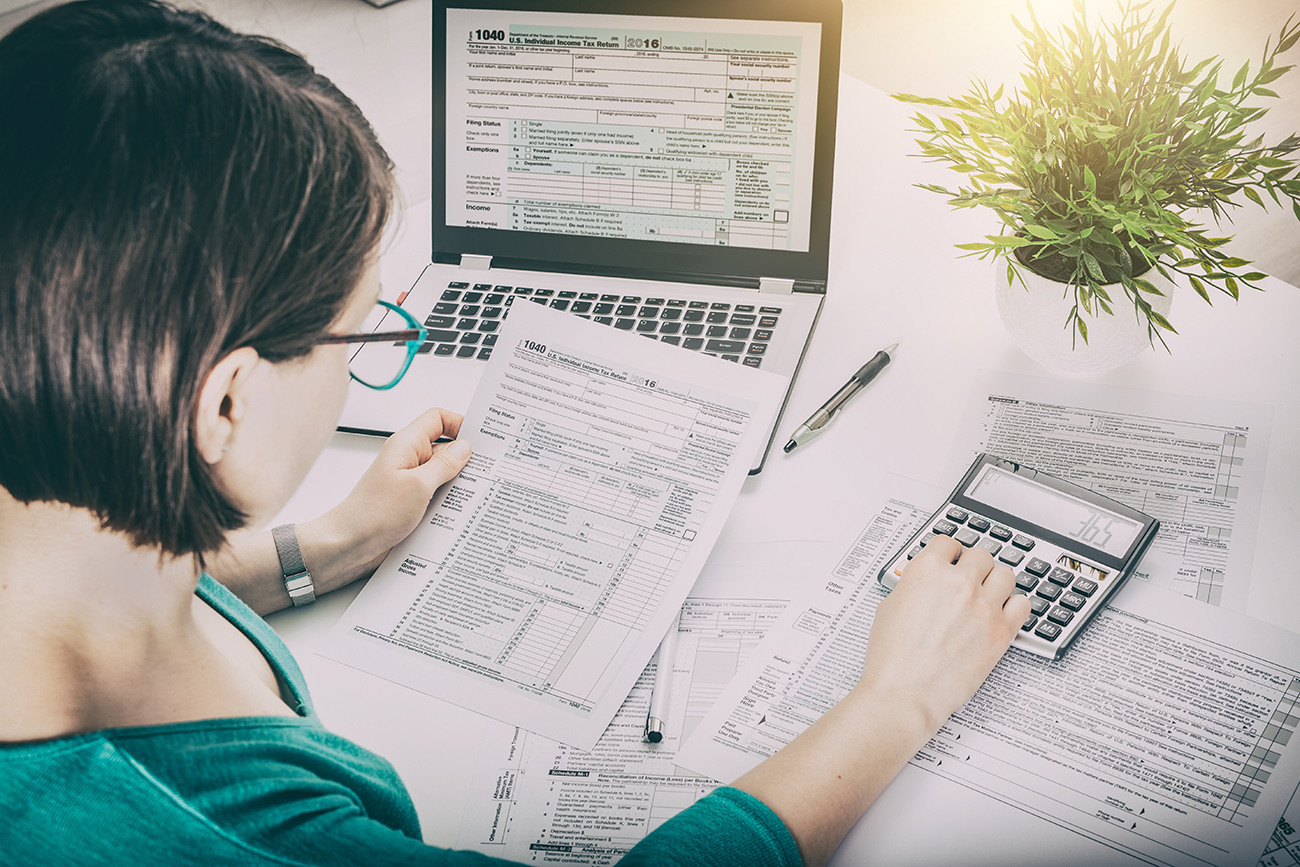 The Cato Institute did a study and found that if the federal government imposed taxes on cannabis similar to the taxes on cigarettes and alcohol, the revenue would equal $8.7 billion each year.

20. Rastafarians can Legally Use Cannabis in Italy for Religious Reasons 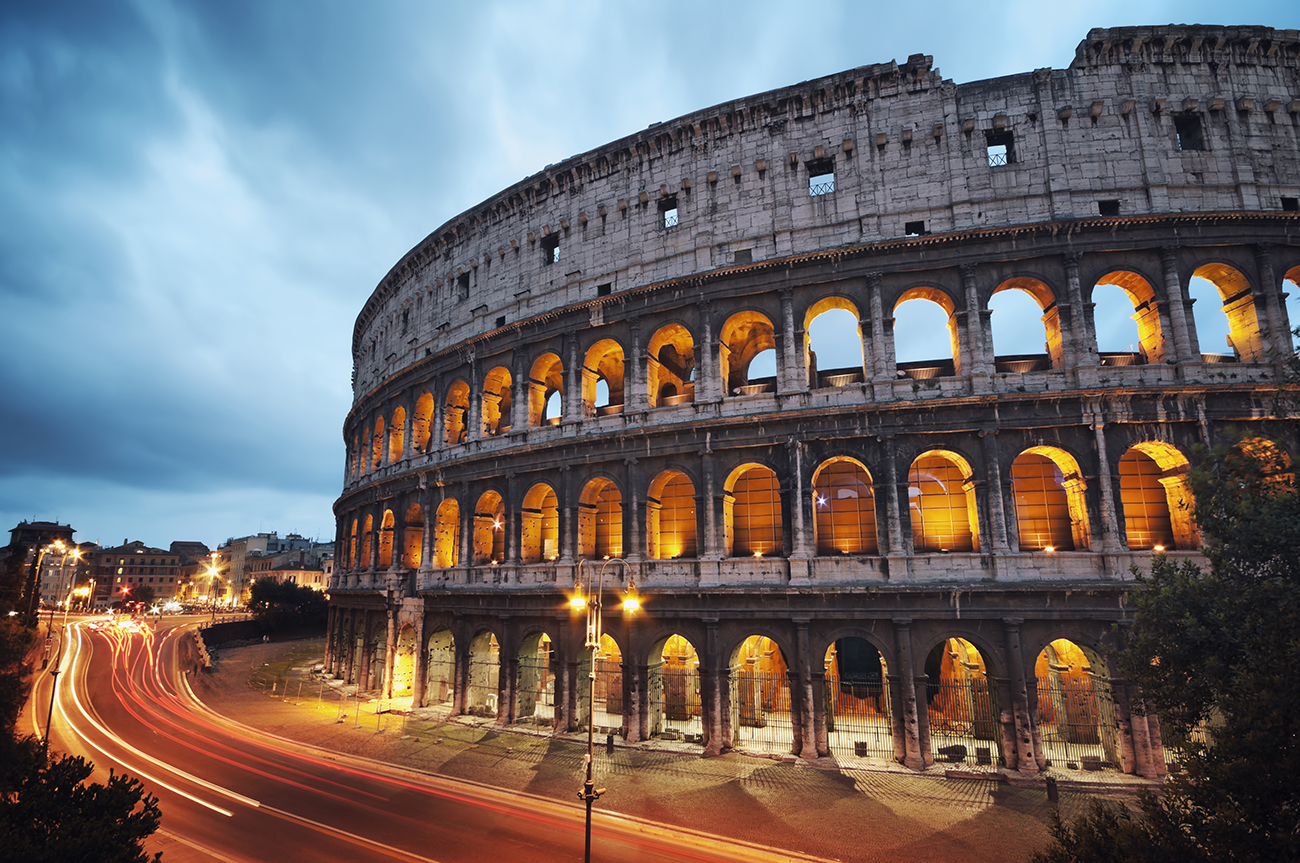 The Italian Supreme Court ruled in 2008 that possessing or using cannabis is not against the law but a religious act if the person is Rastafarian.

More specifically, they declared that Rastafarians use cannabis “not only as a medical but also a meditative herb. And, as such [it is] a possible bearer of the psychophysical state to contemplation and prayer.”

There’s some debate on what qualifies as a lethal dose, but the general consensus is that you would have to smoke 1500 pounds of cannabis in 15 minutes, which is physically impossible.

We hope these 21 fun and interesting facts about cannabis have left you sufficiently armed for your next party!

If you’d like to learn more about cannabis, check out our knowledgebase section!